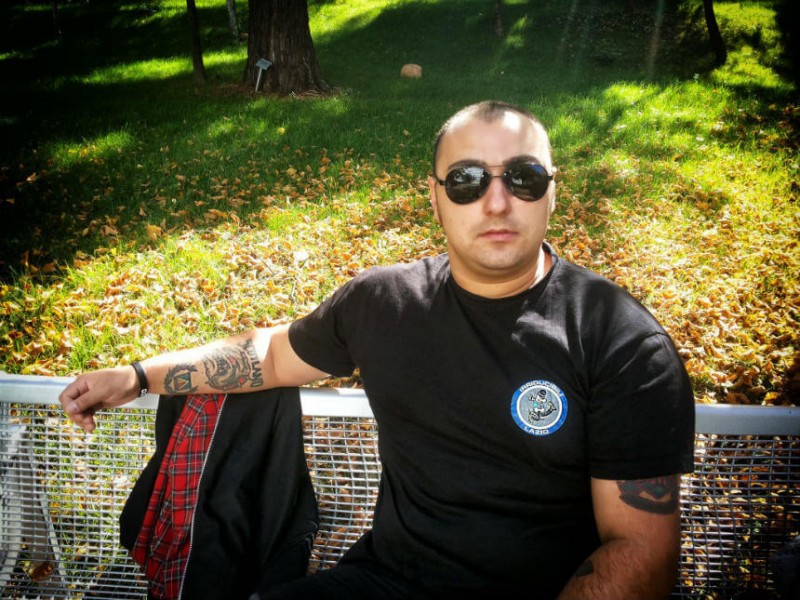 
Not many would ever understand the choice of Borislav to put away out of his personal time, every week, and committing it not to random people but rather to the ones that are imprisoned at the Sofia Central Prison and the Prison Dorm in Kazichene. The young man is a part of the team of volunteers who are actively involved in the activities with the project “The way of the new beginning” of the “Mission Salvation” Foundation. However, he has committed himself to this cause for more than 5 years, moved by his Christian values and the desire to help the needy. “I also have the bright example of Ivodor Kovachev, who for more than 18 years has been visiting the imprisoned. When I saw his heart for the people and especially for this stratum of society, I decided to become part of the team and help with whatever I can”, Borislav is explaining his motives. He doesn’t hide that initially he has had some worries but quickly managed to get rid of them. Even today, he keeps facing the misunderstanding of many of his acquaintances about why he is “sacrificing” his time for these people instead of spending it with his family. However, Bobby doesn’t feel like paying some kind of a price. “I can’t wait for the Wednesdays and Sundays in order to go to the imprisoned. It is a joy for me and not duty of work that I must do. I know that I am doing it with all of my heart and that these people are waiting for our meeting’, he shares. His greatest support he receives from his wife Gerry. “I am really grateful for having her. Since I found her, first as a friend and later as a wife, my life has radically changed in the positive direction. I’ve got her support in everything.”, Bobby admits. They both decided to carry on with the family business which is making beautiful porcelain souvenirs, started by Gerry’s father. 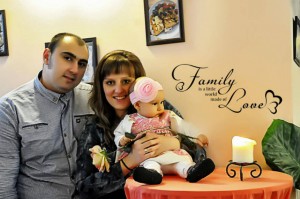 The greatest joy of the young family comes from the eight months old daughter Daria. “I have always dreamed for having a boy – Bobby is frank with us. – In the beginning when I was told it is a girl, I thought “Why this girl happened to be for me?!” Now, however, I won’t replace her for nothing in the whole world. Even if the next children we have are to be girls, I would still be thankful to God. She is something precious for me and is a gift from God. I am very happy. She brought us peace and calmness. I feel great when I am with her, when we play, when we talk. Though she is still very small I talk to her, teach her different things. Perhaps girls develop faster than boys but it is really surprising to us that though only 8 months old she wants to walk by herself. She speaks some words like Mama, Dada, Baba (granny)”, Bobby tells us with a smile and adds that both, he and Gerry want to be a good example for little Daria and raise her with the Christian values.

Every Wednesday and Sunday Borislav and the other boys from the team meet and talk with the imprisoned in Kazichene and Sofia Central Prison. Often they bring them different supplies to meet their most urgent necessities. The support continues even after serving the whole sentence.

“The most important that we do as a team for everyone that gets out of prison and comes to us again is to help him with whatever we can – find him a place to live, job, whenever possible we provide clothing, food – Bobby explains. As you know, the most difficult thing for them is to find job because in Bulgaria most of the employers want a criminal record certificate and when they see that one has been in prison that cuts all the chances to getting a job. Almost 99% of all the released from prison can’t find jobs. That makes them do crimes and they end up in prison again. However, there are people who make the decision of changing their lives. We try to show them we trust them, to be friends and communicate with them. I don’t believe that you can force things to happen. Everyone that contacted us, we have tried to help them and to provide them an environment. I have always said that the most important for them after being released is what surroundings they will fall in. If they continue in the old surroundings it is clear that most of them we’ll see them back in prison. We try to provide for them the best surroundings which won’t lead them to the old stuff. Besides, we want to teach them to be self-sufficient and help themselves. I think this is the best we can give them. Not that they shouldn’t count on us but to help them to manage alone certain situations, teach them specific things that will help them to coup with life.”

Bobby also explains that they are very careful whom they give a hand because there are often people who only expect getting something all the time. “When we see that the person is sincere, we do all that is possible to support him. There are around ten men who have been released and they have changed their lives,”, he tells us with excitement. What makes him truly happy is to see ex-con’s helping other prisoners:

“Two ex-cons have formed a group for those who already served their time and meet every other week to discuss different topics and help each other. Out team often attends these meetings. It is very well that they want to help others. They know them a lot better that we do simply because we go to them two, three times a week for a few hours, while they have been part of them and know their mentality, way of thinking and a lot more can get to the prisoner’s heart and be an example. Then inmates will tell themselves: “They were with us. We remember them. We know what they were and now they are different. If they can change, we can, too.” I see many positive things. I see the eagerness and desire of the ones to help and the others, who have just been released, to trust them and change their lives.”