Abductions, murders, drugs, braking out, prison, complete change, new life… This is not a script for a Hollywood action movie but the road of life of a man, who has been through real catharsis. His name is Ali Dini. He is Iranian by birth. He is not worried to rewind his life like a film even in front of complete strangers because he believes that his personal story is a testimony about an absolutely new beginning, away from the underground criminal world.

Ali arrives in Bulgaria in 1990 right in the beginning of the transition in the country. He runs from his home country because of the issued death sentence. He crosses the borders illegally with fake passport. “In my old life I was dealing with criminal activities – drugs, guns. I have served 14 years in the Bulgarian prisons”, recalls Ali. The change in his life comes when, while in prison serving his last 4.5 year sentence for abduction. At the Sofia Central Prison he comes across to Ivodor Kovachev, who more then 18 years have been working with prisoners.

“Ivodor was coming to the prison every Wednesday. I regularly attended his meetings in prison but I was still the old Ali, I was handling the drugs in the prison”- shares the Iranian. – At one point, because of my leg which is partly amputated, I had to be admitted at a hospital. Getting out of the prison doors I tried to escape. I hid at a place, took fake passport and was getting ready to run away to England. At the Rousse border I was apprehended and they took me to custody. There I met a fellow countryman. In a room 3 by 4 meters time goes by slowly but I had learned how to make a good use of it. I exercised, did other things but still had time when there was nothing to do. Then I asked the Iranian if he had something to read. He pulled out a Bible out of his bag but assumed that as a Muslim I was not going to want to read it. I told him that whatever he gives me I was going to read it. That was the first time when I saw the Bible in Iranian language and was happy. At first, when I was reading I was joking with Jesus Christ and I thought that I am a sinner and my place was in hell, that there was no salvation for me because I had two court cases for murder – one in Iran and another in Bulgaria. However, I was able to see light at the end of the tunnel and to believe that there is a way back for me, too.”

Ali clearly remembers the moment when the change came into his life, accepting Christianity as his faith – Oct 18, 2009.

“Through whole of my life I’ve been searching for three things: I looked for love but in the wrong addresses. I looked for security – I had the best guns in Sofia but never felt secure. I looked for acceptance but in the underground world you are valuable until people have interest in you. When the interest is over, they want to kill you, to take whatever you have. I saw that God gave me real love. And He is the one who gives me security, who truly values me. All emptiness that I felt through my life disappeared after I believed.”

Ali admits that he will never forget the day when he was released from prison and found himself at crossroad. The choice which way he will head on defines the general direction of his life.

“When I got out I had in my pocket only one Bulfon prepaid card and not a coin. The first thought in my mind was where should I go, where can I get some money to make it through the time until I find some job and start making a living. At first I forgot about Ivodor Kovachev. I inserted the card in the phone and thought about calling some people from my past, who ran the streets and were the strong of the day at that time. In the past we had common interests, they would send me food, driver, pocket money, place to stay for at least a month. But at that moment Ivodor came up to my mind. He was a man who looked a lot after me and helped me to grow in this change. Then I decided, this is it, I am going to call him. And it was good I called him. People from the foundation met me, helped me to get a place to stay and to get back on my feet. I closed the door behind my back and opened a new one.” 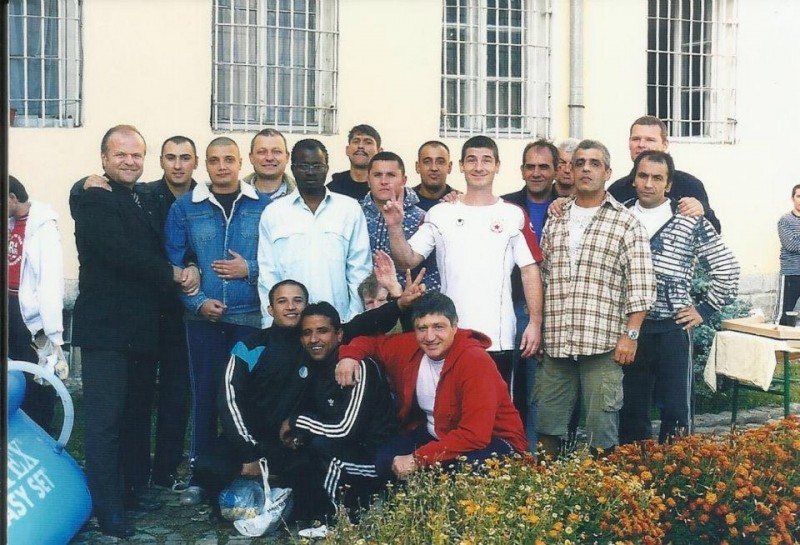 Ali Dini doesn’t stop with changing only his one way of living but gets motivated to help other people with criminal past to get back on the right track. His strongest tool is his personal example.

“When someone gets out of prison, this is the most difficult time for him. This is a crossroad in life – shares Ali. – There is the place where you decide which way to go – to the old life or to the new. With a group of ex-cons and their wives we meet twice a month at the “Palace of the happy people”, where two facilitators teach us how to manage our personal finances. Each prisoner faces this problem. I am very encouraged because this is something good and we can learn how to organize our lives and finances in a good way. With that we help other ex-cons.”

Finding job is one of the greatest challenges the ex-cons are facing. The employers seldom would dare to hire someone, when they find out about his criminal past. At that moment, pressed by the need it is really easy to slip back. This is why Mission Salvation Foundation, and Ivodor Kovachev, in particular, are putting a lot of efforts to help these men to find suitable job. 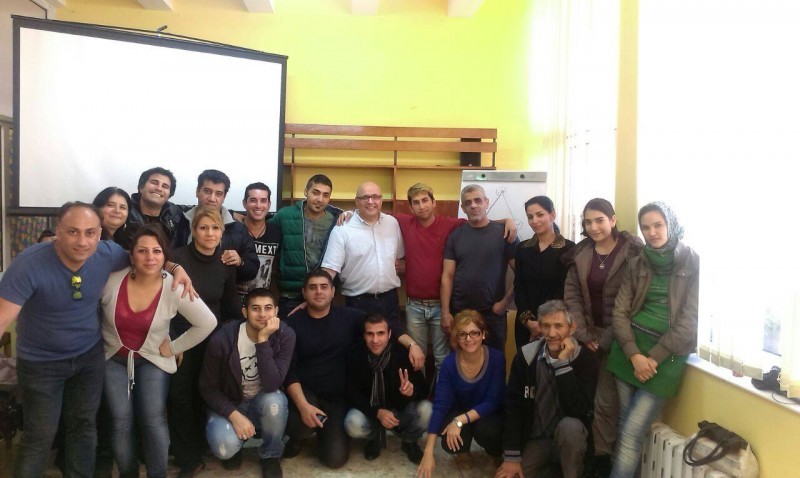 Ali has a desire in his heart to help also the refugees who look for asylum in Bulgaria. “Nobody runs away from his home country because of good life”, says he. Every week the Iranian goes to the camps in Busmantsi and Lyubimets. About the way he helps them Ali tells us:

“They have many needs. Each of them comes with a small backpack and this is his/her whole life. They need clothes, medications. They have a lot of problems. Don’t know the language that’s why I translate for them. We show them love without anything in return. This is our greatest weapon which works because in the time we live no one would move even his finger without having some kind of interest in it. Through the project we are helping them to get integrated and to learn Bulgarian language, as well as being house keepers, tailors, organizing activities for their kids. This helps them greatly to communicate with the people, to get relieved from their psychological burdens they carry around. Because when someone is at an immigration camp he thinks only about his problems – what to do and how to solve them. I believe in what I am doing and I can see the fruit of it.”