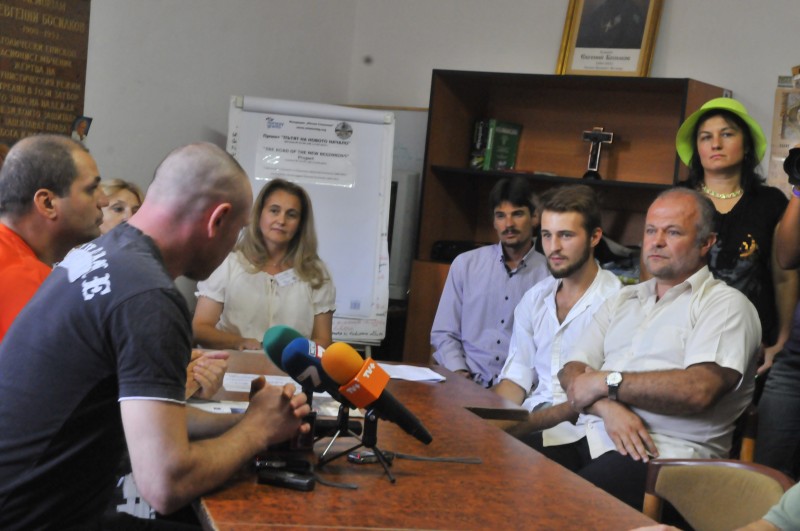 
“The seeds that I find give me strength and hope to keep digging at a place, where in most cases no one else wants to do anything in order to see change”. This is what Ivodor Kovachev, chairman of Mission Salvation Foundation, said the reporters at the introduction of the project “The way of the new beginning” through a small grant scheme Program BG 15 of the Norwegian financial mechanism 2009-2014 and as Operator the Ministry of Justice of Republic of Bulgaria. Around 50 imprisoned, serving their time at Sofia Central Prison, have enrolled in the program and visiting the courses for leadership, entrepreneurship, management of personal finances, personal social-psychological meetings, as well as variety of art activities. The aim is to turn their backs to their old way of living and head on a completely new way going out after serving their time. This project is a natural continuation of the 18 year work of Ivodor Kovachev with people with thick criminal files, and some of them, who dared to build their lives anew, putting them on a strong foundation. 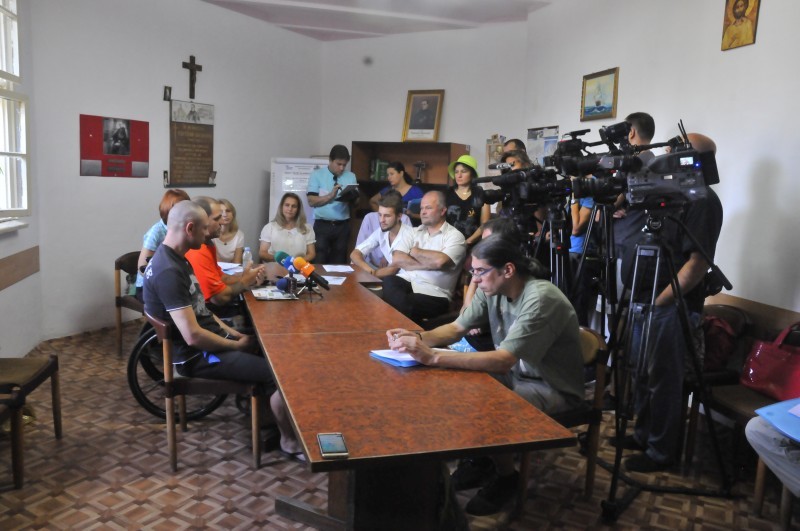 “When you put a seed in the ground out of it grows a head full of many seeds. When I see a man, who has decided to appreciate our efforts and energy to impart positive input in this place, I, in fact, see many people after him – said also Mr. Kovachev. – We continue working with the inmates after the prison premises also, when they have already served their sentence, because we believe that there is the gratest challenge of all. The real battle is outside. We work with more than 10 people outside, who already served their punishment and are now included in the activities. Some of them are with severe punishments for murder, abduction, who, however, decided that they are not going to carry on in the old way. To me this is the greatest reward. I’ve been asked many times by reporters: “Is there any effect of what you are doing?” It depends on the measure we use. If the expected result is a 100% – we don’t have such result. But as I said, if two seeds get refined and cultivated, to me this equals to a lot more.”

Valentina Karaganova, head of “Social activities and character transformation work with offenders” department – thanks Ivodor Kovachev and his team for their courage to work in prison for many years in a row:

“It is very difficult to work in prison because this is a close community and it is hard to change things. But when one man changes this means a lot for the person himself, as well as for the whole society. I hope the boys, who had the courage to get involved in the project, will find the way to themselves, to feel better, and to find outside that way which is going to give them the chance to be better citizens and to be loved by their close people.” 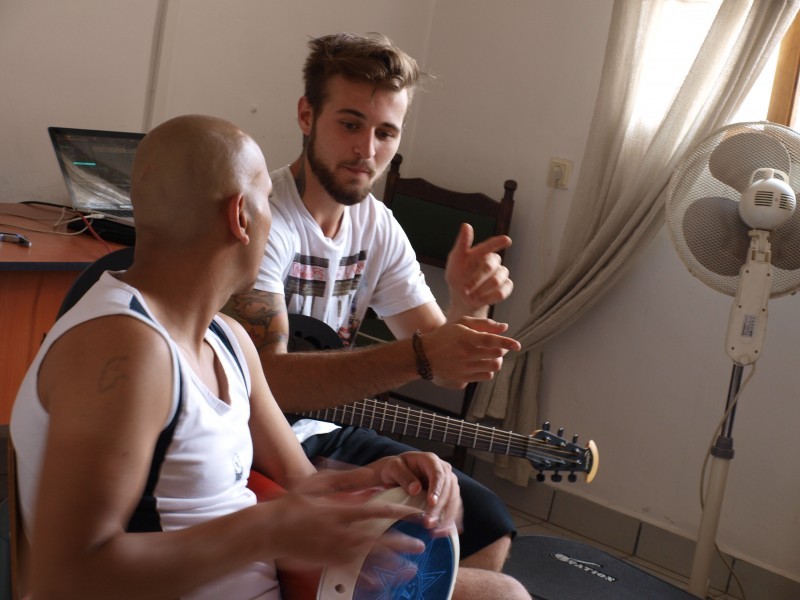 Angel Kovachev, who became popular with his participation in the TV shows “X Factor” and “Dancing Stars”, and at the moment is building his successful carrier of a musician and singer, sets aside some of his personal time in order to lead the music workshop with the imprisoned.

“I work with about 10 men who have creative thinking and interesting conception of the world – says he. – I am very glad to see results. Communicating, we are creating a place like an oasis and time for rest. I believe this is very constructive. When I am sharing this with some of my friends I can see that it is encouraging. Right now I am here only with my guitar but I usually carry a load of stuff. My idea is to have studio sessions in prison and setting up my whole studio here to involve the inmates who own creative thinking. There are people who play guitar, accordion, and clarinet. We improvise. Recently we recorded an author’s piece for classical guitar composed by one of the guys. At the moment we are working on it to make it for two guitars.”

Ivo Stoichkov, who along with his wife Dobromira, run the course “Management of personal finances”, admits: “In the beginning I thought we are naive people, taking up this activity. But afterwards I told myself that there’s got to be such people, as well, who believe that it makes sense and could be of help to the imprisoned”. According to Dobromira we need to learn how manage our money well in order to live in financial freedom:

“The people who attend our seminar do not become financial experts – she adds. – However, we teach things that we never learn neither at school, nor at the university. We are taught how to make money and how to be good professionals, but no one tells us how to make plans to spend our money. We help people to understand what made them to be in debt and how to get out of it. We talk also about saving, but throughout the whole course we are trying most of all to show the guys that knowledge could be only 20% and it is enough, but the other 80% needed to be successful, include values which we build in us – character, discipline, patience, integrity.” 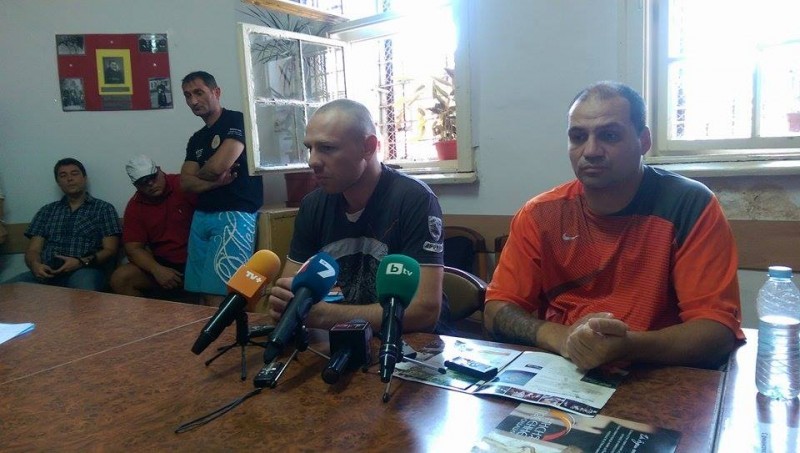 Stoyan is one of the men, who have been in prison many times. He got behind bars for the first time 20 years ago but he is already explicitly sure that his life has taken a new direction:

“Since Ivodor Kovachev started working with me I can see change in me and my closed ones can also feel it and they are more positive about me. I ended up in prison because I have lived unworthy life. There was aggression, judging in me, I was constantly discontented but thanks to Mr. Kovachev I’ve got new thinking about life and my faith holds me up. I am trying to pass on this faith to the other inmates around me because without faith and love in our hearts we are doomed to be in prison all the time.”

Lazar has been out of prison just for a few days now; while in prison he attended the course for leadership skills and management of finances:

“There was a time when I wouldn’t receive advice and did not know how to put order in my finances; I was sinking in debts all the time, credits – he admits. Thanks to the course on Management of finances I realised how you can make a plan and with an average salary for Bulgaria to live a normal life. The leadership course helped me to see where the roots of the problem are, and they are hidden in us. People usually don’t give you a chance but I am grateful to Ivodor that for many years he shows trust in people who society have marked that they will never change. I believe that everyone has the right for a new chance. I have hope for living again.”