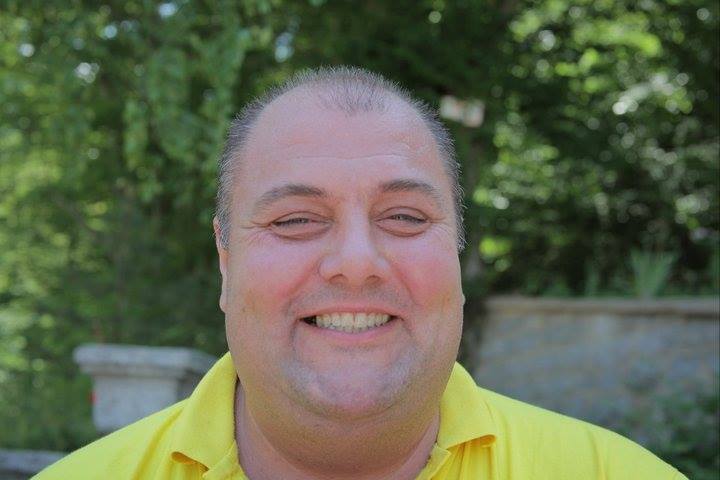 
The belief that every man can change towards good and the possibility to become beneficial, motivate Zhan Chalkyayan do set aside time from his life every week to visit convicts at the Central Prison and the Prisoner’s Campus in Kazichene. He is also moved by his Christian values, according to which it is good for a man to take care for the hungry, the sick and the prisoner. Zhan is part of the volunteers’ team, who take part in the activities of the project “The way of the new beginning” of Mission Salvation Foundation. About himself, he says that he is half Armenian. His ancestors came to Bulgaria more than 100 years ago. He is happy to have a family that supports him in all he does. And though he is still young he shares with great joy the fact that recently became Grandfather of a wonderful boy.

According to Zhan, when someone lands in prison he is already marked and society has determined the “diagnosis”- criminal, who will never change and deserves to stay there. “Most people are not interested in the reasons that led to the crime”, he explains. He is convinced that one can get behind bars not only because of intentional crime but also because of a mistake he had made or a minute of inadvertence. And he gives an example of a taxi driver who served 4 years in prison for hitting two women on a pedestrian crossing. “He has had two teenage girls for customers who were quite noisy. Turning towards them to make a remark he got close to the crossing area, where two elderly women were crossing. A minute of distraction has led to a tragic end”, says he. To the people who approach his efforts in prison with distrust and skepticism he Zhan replies with a smile:

“I’ve got a favorite line which I tell the guys in prison: “We are not much more different than you, who are in prison. You simply have been caught. Most of us – haven’t.” I want to tell the skeptics, as well, not to think that they are so good because they don’t know what life can through at them. Wrong decisions, anger and they can also end up at the same place. Wouldn’t then they think that they have a chance to change?! I believe that every human being has a second chance for change in his life.”

The work with the inmates, of course, is accompanied by challenges. One of the many is, for example, the attitude of non-acceptance, as much as from the people serving time, also from the staff of the prison. However, the love, respect and deference are the key which opens the door to every human heart, Zhan is convinced.

“Not long ago I thought to myself that no one runs away from love. So, what’s the matter that they are inmates?! I believe that every man has a chance to change. What’s important is to show these people that they can change, they can be accepted, they can expect more than just rejection and that there are people who can embrace them. The Foundation does that with a great success. They are integrated, help is provided, including the time after they get out of prison.”

For the guys in prison, the volunteers are their connection with the outside world, something different that happens 24/7. “For them, this is an hour of fresh air, even the very simple conversation when you ask somebody how he is doing and he has the chance to share – explains Zhan. – I have been told about their living conditions and how are they managing. I am not sure that we can do a lot in this direction and change the living conditions. However, sharing is part of the problem solving. When someone shares, the burden falls, he feels better. I think that we are doing well in this area. I am not alone; we work as a team with a few more volunteers. We are always available.”

Zhan admits with some regret that many of the people are looking for some material benefit and this is the reason to attend the meetings with the volunteers. “They know when we are going to take them some gifts and at that time the groups are larger”, he explains. “Others come to spend their time in a more interesting way. However, there are also these who really want their life to start moving in a better direction.”

“Quite a few people join the preliminary approved name lists in order to be released for the event. Everything is under control, this is still a prison – clarifies Zhan. – The groups are different. We’ve got average of 25-30 people in attendance. It also depends what visits they have. Sometimes the emotions and experiences are a bit too much for them and they prefer to be left alone. We try to get them out of that stat of self-closing. I think that one can go through any difficulty a lot easier if it is a shared one. However, this is still hard for them. There is a core group who I can tell really search for the change for themselves and want their life to go in a different direction. I can see it because of the fact they are persistent, they make decisions to change their life after being released. They realized they’ve made a mistake and have a second chance to head towards the better direction of their life, to do good and not evil. It is joyous to see how the life of such a person heads in a different way. Often, we are their only contacts they’ve got after they get out. Recently we helped a man to go to his village. He was from a village in Pernik area. Bobby and I found a car, loaded it with his luggage and took him home. We haven’t heard from him since. But the truth is that the good we did will stay in his heart and may he really change. There are those who say they are changing. But you can see that there is no change at all.”

Zhan and the other volunteers help the convicts to restore their relationships with family when they are broken.

„I think that the man is the one who carries the responsibility of how his family life will go. I don’t mean that we need to be super heroes. We can admit the mistakes we make. To a great extent we need the help of our wives. To the ones that ask for advice I tell themthat we create the atmosphere at home and in our relationships. Unforgivness is a heavy burden. It is in the foundation of the broken relationships. When someone has made a mistake and you don’t forgive him, this leads to more difficult situations because of which some are in prison. We teach them to forgive, to start building relationships. The relationship is the work of two people. If you give something good, you will get something good.”

The volunteers are also helping the families of the prisoners. “We try to be close to them, to know that there is someone they can count on. We’ve supported some of them financially. With friends we’ve collected some material help for them”, explains Zhan. For the released they try to help the find a job in order not to get back in the trap of criminal life style. Continue maintaining the relationship with them and support them. “However, these are people who themselves have wanted and want to see change”, clarifies Zhan. For him, all of that brings great sense of fulfillment. He admits that he has to pay a price: “It is just like when you buy something good and you are ready to pay the high price. But afterwards it brings you enjoyment. It is really valuable for me that I am part of the change of human lives.”